Jason Koebler, writing for Motherboard: Emperor Palpatine is back with a fleet of planet-killing Star Destroyers, the masses are scared to fight the Final Order, and the last glimmer of hope for the rebellion is nearly stamped out by … overbearing DRM? The Rise of Skywalker is an allegory for the dystopian nightmare we are quickly hurtling toward, one in which we don't own our droids (or any of our other stuff), their utility hampered by arbitrary decisions and software locks by monopolistic corporations who don't want us to repair our things. In Skywalker, C3PO, master of human-cyborg relations, speaks six million languages including Sith (spoken by the Dark Side), but a hard-coded software lock (called Digital Rights Management here on Earth) in his circuitry prevents him from translating Sith aloud to his human users. Presumably, this is to prevent the droid from being used by the Sith, but makes very little sense in the context of a galactic war that has relied so heavily on double agents, spies, and leaked plans and documents. The only explanation that makes any sense is a greedy 3PO manufacturer that sells the Sith language pack as a microtransaction and a galactic Congress that hasn't passed strong right to repair laws for the junk traders, droid mechanics, and droid users of the galaxy. C3PO's software lock is a major plot point in Skywalker as he's unable to translate a Sith passage that could lead our heroes to the Sith planet that the aforementioned Palpatine is hanging out on… |-) 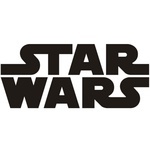