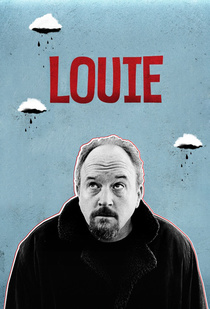 – You might have a nice couple of dates…but then she'll stop calling you back, and that'll feel shitty. Or you'll date for a long time, she'll have sex with your friend…or you will with one of hers, and that'll be shitty. Or you'll get married and it won't work out. You'll get divorced and split your friends and money, and that's horrible. Or you'll meet the perfect person, who you love infinitely…and you even argue well, and you grow together…and you have children…and then you get old together, and then she's gonna die. That's the best-case scenario, is that you're gonna lose your best friend…and then just walk home from D'Agostino's with heavy bags every day…and wait for your turn to be nothing also.

– And we pick her up there, and she's just freaking out at New York. She's never seen anything like it. And we pass this homeless guy, and she sees him. I mean, we all passed him, but she saw him. She's the only one who actually saw him. We didn't. Me and her cousin were like, „So? He's supposed to be there. So what? There's a perfectly good reason why that's not me and it's him. The right people always win, I'm sure of it.” But so there he is…And this dude was particularly homeless. He was one of those high-octane homeless, smelly… Just piss smell. The unbelievable piss smell, just…He was piss. He didn't just smell like piss, he was…When you piss, he comes out. That's what… That's how much…It's just this dude with garbage all over him. I don't know if he had gathered it for warmth…or folks just went, ech, all day. And he had dreadlocks. Not Hacky Sack, cool-guy, medical-marijuana dreadlocks…just human-neglect clumps of hair. A clump of hair for every year that no one knew his name or cared. Yeah, that's who you've been laughing at the last 10 minutes. That's how bad it was. And again, me and my friend were just like, meh. His cousin immediately just gets…She's like, „Oh, my God.” She takes a knee. I'm not even taking a real knee now. That's how little I give a shit about the guy. He's not even here and I'm still like, „Eh. Yeah, that's close enough.” She goes, „Oh, my God, sir. Are you okay? What happened?” "What happened?" America happened. What do you mean, „What happened?” So she's down there: „Sir, can we call someone?” And me and my friend…This is the crazy part. We immediately go to her, „Oh, no, no, no, honey, don't…” We start correcting her behavior like she's doing something wrong.
She's like, „Why, is he okay?” "No, he needs you desperately. That's not the point. We just don't do that here. You silly country girl."

– That's really good.
– Oh, my Jesus.
– Mmm.
– Kick a Jesus in the face, this is delicious.
– I told you this is a great place.
– Shut up, you didn't know. This is the best thing I've ever tasted. I'm gonna eat this and then go home and kill myself.
– I can't wait to eat the shit that I take from eating this food.