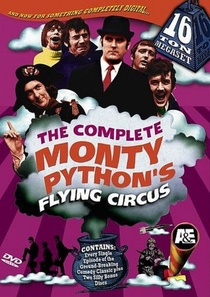 Pointed sticks? We want to learn how to defend ourselves against pointed stick, do we? Getting all high and mighty, eh? Fresh fruit not good enough for you, eh? Well, I'll tell you something, my lad! When you're walking home tonight and some homicidal maniac cames after you with a bunch of loganberries, don't come crying to me!

Waktins: I'd like to leave the army please, sir.
Colonel: Good heavens man, why?
Watkins: It's dangerous.
Colonel: What?
Watkins: There are people with guns out there, sir.
Colonel: What?
Watkins: Real guns, sir. Not toy ones, sir. Proper ones, sir. They've all got 'em. All of 'em, sir. And some of 'em have got tanks.
Colonel: Watkins, they are on our side.
Watkins: And grenades, sir. And machine guns, sir. So I'd like to leave, sir, before I get killed, please.
Colonel: Watkins, you've only been in the army a day.
Watkins: I know sir but people get killed, properly dead, sir, no barley cross fingers, sir. A bloke was telling me, if you're in the army and there's a war you have to go and fight.
Colonel: That's true.
Watkins: Well I mean, blimey, I mean if it was a big war somebody could be hurt.

We have a lot of trouble with these oldies. Pension day's the worst – they go mad. As soon as they get their hands on their money they blow it all on milk, bread, tea, tin of meat for the cat.

– Now, it's quite simple to defend yourself against the banana fiend. First of all, you force him to drop the banana. Next, you eat the banana thus disarming him. You have now rendered him helpless.
– Suppose he's got a bunch.
– …Shut up!
– Supposing he's got a pointed stick.
– Shut up!

-Now for something completely different: a man with three buttocks.
-We've done that!
-Alright, alright! A man with… nine legs!
-He ran away!
-Oh, bloody hell!

1. évad 3. rész – How to Recognise Different Types of Trees From Quite a Long Way Away

– […] this firm last year made a complete profit of a shilling.
– A shilling Wilkins?
– Er, roughly, yes sir.
– Wilkins, I am the Chairman of a multi-million pound corporation and you are a very new chartered Accountant. Isn't it possible there may have been some mistake?
– Well that's very kind of you sir, but I don't think I'm ready to be Chairman yet.