In celebration of Star Wars Day, we're thrilled to announce the upcoming CD and LP release of the soundtrack for Star Wars: Shadows of the Empire by composer Joel McNeely, with art by the legendary Drew Struzan.
The soundtrack will be released for the first time on LP and reissued on CD on August 7, 2020, and is now available for pre-order.
– Varèse Sarabande 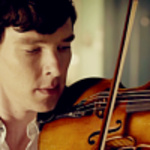