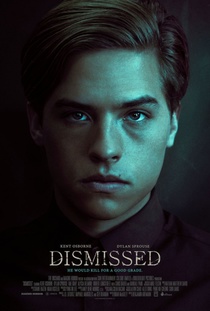 Becca: Bet you had a lot of friends at your old school though, huh?
Lucas: I find that my time is better investing in one true friendship that a hundred vapid ones.

Lucas: Iago is the only honest character throughout the entirety of the play.
Mr. Butler: Actually, „honest Iago” is used as dramatic irony because we know that he lies.
Lucas: Not to himself. Never to himself. He… he knows who he is. It's everyone around him who doubts and questions themselves. They're weak. Iago is the only strong character who is true to himself. What is more heroic than that?

Lucas Ward: I always find a book that much more compelling when the character stands to lose everything.