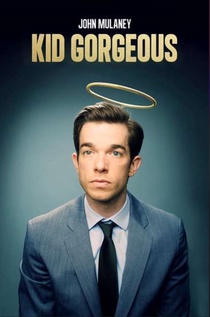 Last November the strangest thing happened. Now, I don't know if you've been following the news, but I've been keeping my ears open, and it seems like everyone everywhere is super mad about everything all the time. I try to stay optimistic, even though I must admit things are getting pretty sticky. Here's how I try to look at it, and it's just me. This guy being the president, it's like there's a horse loose in a hospital. It's like there's a horse loose in a hospital. I think eventually everything's gonna be okay, but I have no idea what's gonna happen next. And neither do you. And neither do your parents because there's a horse loose in the hospital. It's never happened before. No one knows what the horse is gonna do next, least of all the horse. He's never been in a hospital before. He's just as confused as you are. There's no experts. They try to find experts on the news. „We're joined by a man who just saw a bird in the airport.” It's like, get out of here with that shit. We've all seen a bird in the airport. This is a horse… loose in a hospital. […] And then, for a second, it seemed like maybe we could survive the horse, and then 500 miles away a hippo was like „I have a nuclear bomb and I'm going to blow up the hospital!” And before we could say anything, the horse was like „If you even fucking look at the hospital, I will stomp you to death with my hooves. I dare you to do it! I want you to do it! I want you to do it so I can stomp you with my hooves, I'm so fucking crazy!” […] And then for a second, we were like „Maybe the horse-catcher will catch the horse.” And then the horse is like „I have fired the horse-catcher.” He can do that? That shouldn't be allowed no matter who the horse is.

Do my friends hate me or do I just need to go to sleep?

I paid 120 000 dollars for someone to tell me to go read Jean Austen and then I didn't.

I don't know what my body is for other than just taking my head from room to room.

Building a gazebo during the Civil War that'd be like doing stand-up comedy now.

Just 'cause you're accurate does not mean you're interesting.

None of us really know our father.

I just got a letter from my college, which was fun 'cause mail, you know. So I open up the letter and they said „Hey, John, it's college. You remember?” I say „Yes, of course.” And they said… How did they say it? They said, „GIVE US SOME MONEY! AS A GIFT. WE WANT A GIFT. BUT ONLY IF IT'S MONEY.”

The Age of Spin: Dave Chappelle Live at the Hollywood Palladium (2017) 85% · Összehasonlítás