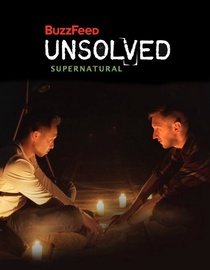 Shane: She doesn't seem like a very intelligent ghost.
Ryan: Jesus Christ! Do you always have to insult the ghost of the place we're at?

Shane: I'm not doing this to steal. I just want to give the ghosts a significant reason to haunt me.

Shane: That demon's racist! He was like „Oh, there was a black lady who lived here? Wait a minute… No, I can't haunt with that.”
Ryan: Well, demons…
Shane: „What about a little… a little white girl? A little blonde one, I give her pigtails!”
Ryan: Demons don't…
Shane: Fuck that demon, he's whitewashing the history of this house. He's exactly what's wrong with Hollywood.

Shane: If you slit my throat tonight, I'm gonna have a hard time forgiving you for that.
Ryan: Will you haunt me for the rest of my life?
Shane: No, 'cause I'll be dead. Ghosts aren't real.

Shane: I think the moon having a boner is about as realistic as ghosts.

Shane: Hey there demons, it's me, ya boy.

Ryan: By the way, you are a psychopath for saying the things you were saying to them in there.
Shane: Demons aren't real, so that's why I tend to be so flipped with them.
Ryan: Or one of them's gonna follow me home.
Shane: The only way to really provoke them…
Ryan: There's no need to provide a home adress!
Shane: All I said was Los Angeles. Do you know how many people lives in Los Angeles? The demon never gonna find you.
Ryan: There's only one Ryan Bergara lives in Los Angeles.
Shane: Is that true?
Ryan: Yes, it's true! Only two in the world!
Shane: Whoa! Have you met the other one?
Ryan: He's living in Philippines.
Shane: You gotta kill him…